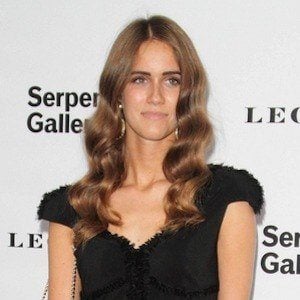 Otherwise known by the stage names Whinnie Williams and Sunday Girl, she is an indie pop singer known for the 2014 debut EP Bad Girl. She is also particularly known for the 2012 single "Where Is My Mind."

A fearful performer from an early age, her mother took her to a hypnotist at seventeen to overcome her fears. She would go on to join a jazz band, a ska band, and a 1940s cover trio. She also studied set design at Wimbledon College of Art.

In 2012, she became one-half of the DJ duo Ooh La La! with model Zara Martin.

She was born in Broxbourne, Hertfordshire, England. She earned her stage name Sunday Girl from her coworkers at a local pet shop where she worked every Sunday as a teen. Most of the staff didn't know her name, so they referred to her as Sunday Girl.

In 2011, she was credited as Sunday Girl on the Martin Solveig single "Let's Not Play Games."

Jade Williams Is A Member Of