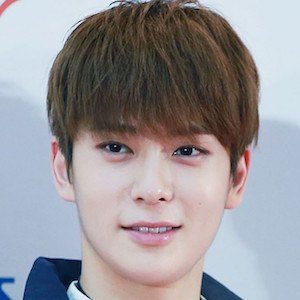 Former SM Rookies member who made his K-pop debut in 2016 as a member and lead vocalist of NCT's sub group NCT U. The group released their debut single "The 7th Sense" in April of 2016.

He studied art at the Seoul School of Performing Arts and played piano in his free time before joining SM Entertainment.

NCT made their music show debut on KBS's Music Bank in April 2016.

His full name is Jung Yoon Oh. He grew up in the United States for several years before returning to South Korea.

Close friends with bandmate Doyoung, many fans initially thought the two were brothers.

Jaehyun Is A Member Of