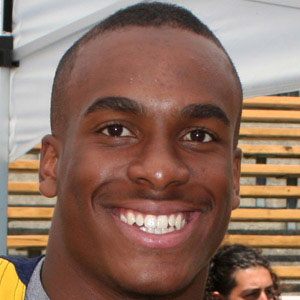 NFL running back whose career was plagued with injuries, mostly concussion related, after being drafted by the Detroit Lions in 2010. He was forced to retire from professional football in 2013.

He was the top rusher in the Pac-10 in 2008 while playing for the University of California, Berkeley.

He was named to the Saint Lucia track and field team for the 2016 Olympics.

He grew up in California with his younger sister, Laurie.

He became teammates with All-Pro receiver Calvin Johnson after being drafted by the Lions in 2010.

Jahvid Best Is A Member Of