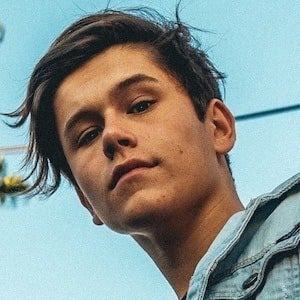 Came in third on series five of the Australian version of The X Factor. In 2013, he released his debut single "Your Eyes," which was a modest hit in Australia.

He chose to sing "Different Worlds," the theme song from the short-lived sitcom Angie, for his X Factor audition.

He sang songs such as Train's "Drops of Jupiter" and Keane's "Somewhere Only We Know" during his run on The X-Factor.

He was raised by a single mother but maintained a solid relationship with his father. He began a relationship with Carrington Durham in 2015; however they later broke up in 2017. Subsequently, he began dating Isabelle Clarke.

He sang the Taylor Swift hit "We Are Never Getting Back Together" during The X Factor's Super Bootcamp.

Get To Know You
Your Eyes
Drunk Together
More