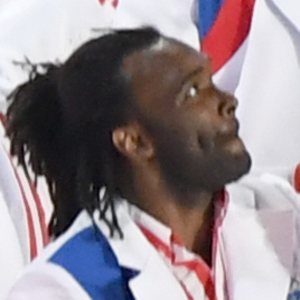 Dominican freestyle wrestler who won the silver medal in the 84kg weight class at the 2012 Olympic Games in London. He won the gold medal at the Central American and Caribbean Games in 2010.

He earned a cheerleading scholarship from the University of Puerto Rico at Bayamon.

He has worked as a live backup dancer for artists like Daddy Yankee.

His family, including his siblings Stanley and Rosemary, moved to Puerto Rico when he was five years old.

He and the United States' Sam Hazewinkel both wrestled at the 2012 Summer Olympics.

Jaime Espinal Is A Member Of