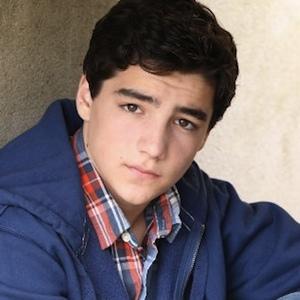 Actor best known for playing the role of Greg Feder in Grown Ups and Grown Ups 2 alongside Adam Sandler. In 2010, he played Young Scarlip in Choose. He later took a hiatus from acting to attend school.

He attended Greeley High School. In 2006, he debuted on television by providing the voice of Pablo in The Backyardigans.

He guest-starred in an episode of Law & Order: Special Victims Unit alongside Christopher Meloni.

He was born to Norbert and Tsvia Goldberg. He spent five years in Israel with his family while growing up.

He appeared in the film Grown Ups 2 with Kevin James.

Jake Goldberg Is A Member Of