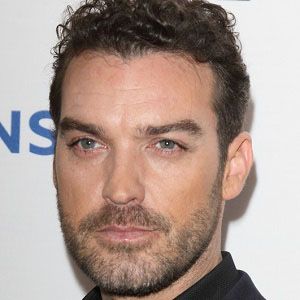 English actor most famous for playing Danny Moon on the popular soap opera EastEnders. He is also an accomplished stage actor, appearing in productions of esteemed plays like Faustus, Closer and Dido, Queen of Carthage.

He trained at Drama Centre London and made his screen acting debut on the television series Casualty in 2002.

He has done voiceover work for a variety of projects, including the British Airways Mobile App and the Star Wars: The Old Republic video game.

He revealed that he was gay in a 2005 interview with Now Magazine.

Jake Maskall Is A Member Of