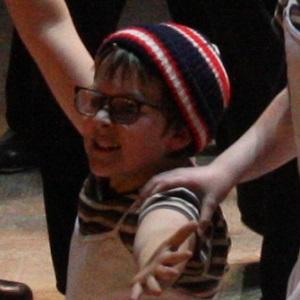 Actor who first gained attention as a contestant on the competition show Britain's Got Talent in 2007, when he lost in the semi-final round.

He performed at a stand-up comedy event More Front Than Scarborough in 2007 and came in second place.

He has appeared on the children's show Green Balloon Club and starred in the BBC film Nativity! as Alfie.

He was born to Joanne and Steve and has two younger sisters named Ellie-Jo and Tilly.

He has appeared on The Paul O'Grady Show.

Jake Pratt Is A Member Of