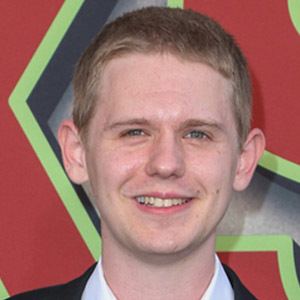 Actor who has risen to fame for his Truseneye92 YouTube channel. His comedic sketches and montages often revolving around his performing foreign accents have helped him grow to more than 50 million cumulative views.

He began his YouTube channel in August 2007. His 2010 video "The English Language In 24 Accents" went viral shortly after its posting, and has since earned more than 31 million views.

He appeared on the cult TV drama Twin Peaks: The Return in 2017 as Freddie Sykes. He has amassed more than 150,000 YouTube subscribers.

He appeared alongside Kyle MacLachlan on Twin Peaks: The Return in 2017.

Jake Wardle Is A Member Of