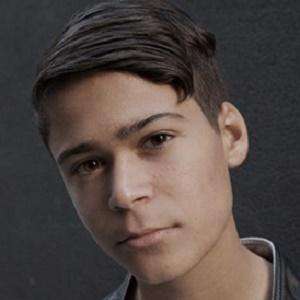 Gained fame as one-third of the pop/rock band In Stereo; he competed alongside his band mates on The X Factor Australia. In 2018, he would venture into a solo career.

He performed as a solo artist before coming together to form In Stereo in mid-2015.

Before going on the X Factor, he and In Stereo put out covers of songs by artists including Aston Merrygold and 5 Seconds of Summer.

He is from Sydney, Australia. He has an older sister named Mikaila.

He had created a personal YouTube channel where he published a cover of Ed Sheeran's "Autumn Leaves" and 5 Seconds of Summer's "She Looks So Perfect."

Jakob Delgado Is A Member Of