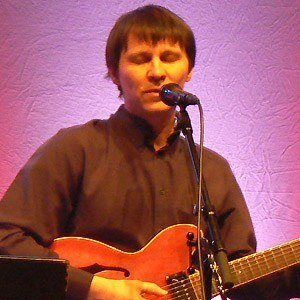 Known for his 1989 breakout album Och Stora Havet, this Swedish-born pop vocalist recorded such popular songs as "Tag" and "Vara Vanner." He was the 1988 recipient of a Swedish Grammis Award.

Early in his musical career, he played with local Swedish bands called Ampere and Fortune.

He recorded a track for a 1988 album dedicated to Dutch-born singer Cornelis Vreeswijk.

He was born in rural Norrbotten County, Sweden, to schoolteacher parents.

He was inspired and influenced by the work of English singer and songwriter Elvis Costello.

Jakob Hellman Is A Member Of