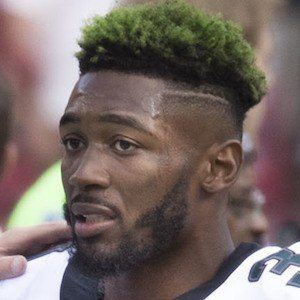 Drafted by the Philadelphia Eagles in round 7 as the 233rd overall draft pick, he has played as a cornerback and safety who fought his way to the top of the depth chart in his second season with the team to become a starter opposite Patrick Robinson. He helped the team win Super Bowl LII in 2018.

He was named a First-team All-American in his senior season at Louisiana State University despite missing the first six games due to injury. He was thought of as a top draft pick during his junior year at LSU, but his stock fell after suffering a fractured fibula and torn ankle ligaments.

He was named NFC Defensive Player of the Week in week 8 of the 2017 season.

He was joined in the Philadelphia Eagles secondary during the 2017-2018 season by safety Malcom Jenkins.

Jalen Mills Is A Member Of