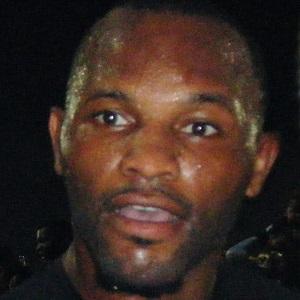 Former NFL running back who joined the Jacksonville Jaguars in 1998 and became the franchise's all-time leader in rushing yards with 11,271 over the course of his 11 years with the team.

He was a standout track athlete and football player at Glades Central High School and he played college football at the University of Florida. In 1999, he was selected 9th overall in the NFL Draft by the Jaguars.

He spent his last two seasons with the New England Patriots, retiring after the 2010 campaign.

His son Kelvin Taylor became a University of Florida running back as well and his cousin became an NFL receiver.

He was Jacksonville's all-time leader in career rushing touchdowns with 62 until Maurice Jones-Drew's 68 scores between 2006 to 2013 became the new record.

Fred Taylor Is A Member Of