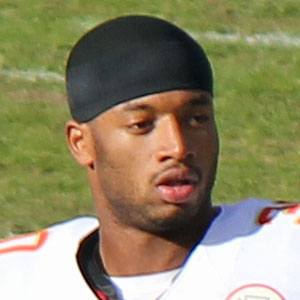 NFL cornerback who was a fourth round draft pick of the Kansas City Chiefs in 2011. After two years with the Chiefs, he played for the Colts and Dolphins in 2013.

He broke a school rushing record at Phoenix's South Mountain High School before being recruited to play defense at the college level.

He was a two-time All-Big 12 Conference Honorable Mention during his college career at the University of Colorado.

He is the son of John and Chalette Brown.

He was teammates with Pro Bowl cornerback Brandon Carr during his rookie 2011 season.

Jalil Brown Is A Member Of