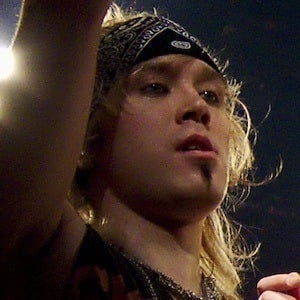 Finnish musician known for being the bassist for the glam metal band Reckless Love. They're known for the albums Spirit, InVader, and Animal Attraction, all of which have reached the top 10 in Finland.

The band was founded as Reckless Life in 2001, playing their early years as a Guns N' Roses cover band.

While not touring, he and other members of his band have spent time teaching others how to play their respective instruments.

The band is based out of Kuopio, Finland.

Jalle Verne Is A Member Of