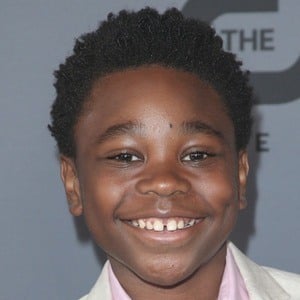 Actor who has risen to fame for his role as Dillon James on the CW TV sports drama All American, which he debuted on during its inaugural season in 2018-2019. He also starred in the 2018 family fantasy comedy film The House with a Clock in Its Walls as Devin with Jack Black.

He made his on-screen acting debut in 2017 on the Fox TV series Star.

He has guest-starred on episodes of Black-ish, Atlanta, and NCIS: Los Angeles. He was also cast to star in the film John Henry alongside Terry Crews.

He has starred alongside Daniel Ezra on the CW TV sports drama Championships.