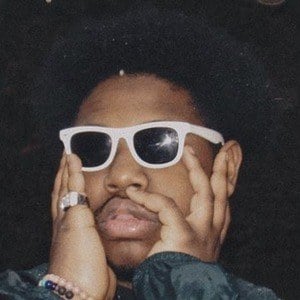 Rapper and hip-hop recording artist who is recognized for singles such as "Losing My Mind" and "Mix Match Socks." The latter of which has an animated music video seen more than 20,000 times on YouTube.

He began his career by reposting music he enjoyed.

He was born Jameir Desean Kirkpatrick.

He used animated vignettes such as clips from Akira Toriyama's "Dragon Ball Z" for his music videos.

JameirKGolden Is A Member Of