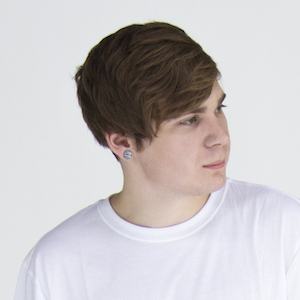 One of four members of the pop/rock band A Summer High, which debuted the EP Pretty Little Liar in July of 2017. The band's debut single, released in December of 2016, was called "I Need You Here."

He already had band experience before he and fellow band member Luke Oxendale realized their musical ideas matched up. James was still in Minnesota when A Summer High shared the idea of their band online.

He and A Summer High busked in the parking lots of the venues where 5 Seconds of Summer were touring to help grow their own name.

He is from Minnesota.

He became a band mate of Mason Levi in A Summer High.

James Anthony Is A Member Of