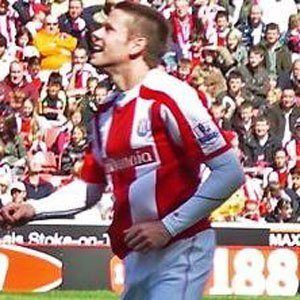 Star of the English leagues who commanded record-high transfer fees with the Everton and Sheffield United clubs.

He was a standout swimmer as a teenager and was at one time rated second in the country in the 100m freestyle.

He had an on-and-off first couple of seasons with Southampton, but eventually rewarded his coach's patience with a league-best 23-goal season.

He raised three children with his wife Sarah Rend.

He and Michael Tonge both became star soccer players with Sheffield United.

James Beattie Is A Member Of