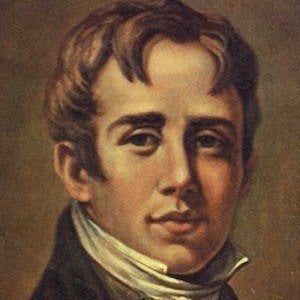 Hero of the Alamo whose name was given to the town of Bonham, Texas, as well as to numerous Texas schools.

He worked as a lawyer while organizing a volunteer company to defend Texas. Eventually, he gave up his law practice and devoted himself to political and military action.

He volunteered his services to Sam Houston during the Texas Revolution and was killed in the Battle of the Alamo.

His brother, Milledge Luke Bonham, served in the Confederate Army during the American Civil War and became Governor of South Carolina in 1862.

He arrived at the Alamo at the same time as Jim Bowie.

James Bonham Is A Member Of