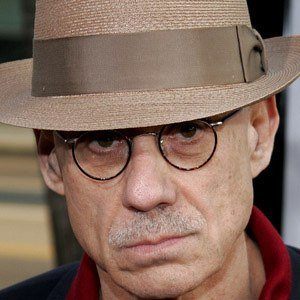 An American crime fiction writer, he is best known for works such as The Black Dahlia (1987) and White Jazz (1992). His densely-plotted works are marked by an economy of language and an inherent pessimism.

He briefly served in the U.S. Army and had periods of homelessness before publishing his first novel, Brown's Requiem, in 1981. He suffered from depression in his young adulthood.

His memoir, My Dark Places, deals with his mother's 1958 murder and the subsequent police investigation into her death. He was married twice; his second wife, Helen Knode, was also a novelist.

He co-wrote the screenplay for Rampart, a film starring Woody Harrelson.

James Ellroy Is A Member Of