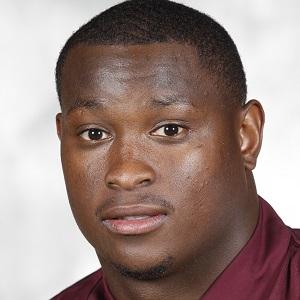 Running back for the University of Minnesota Golden Gophers during his junior and senior years of school.

He received all-state honors as a senior at Pearl River High School where he was a three-time all metro honoree by the New Orleans Times-Picayune, and a three-time all-district selection as well.

He initially played his college ball at Mississippi Gulf Coast Junior College where he ranked 12th as a sophomore and 8th as a freshman in the nation for rushing yards.

He is the son of Louis and Candatha Burnett. He grew up in Pearl River, Louisiana.

He and Eric Decker both played their college ball at Minnesota.

James Gillum Is A Member Of