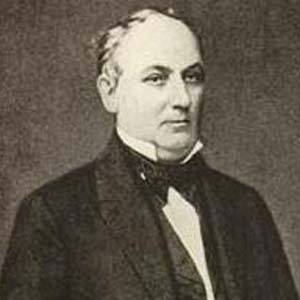 He was a lawyer and a plantation owner who ha over 300 slaves to his name.

He popularized the expression Cotton is King, and along with several Senate colleagues authored the paper The Pro-Slavery Argument.

He was born in Newberry County, South Carolina.

David Rice Atchison was another antebellum politician who supported slavery.

James Henry Hammond Is A Member Of