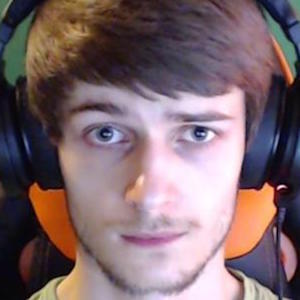 Better known by his in-game Minecraft name Waglington, he is an expert builder within the Minecraft universe and a self-proclaimed Mighty Wizard of Mianite. He has earned over 110,000 subscribers on YouTube.

He launched his Waglington YouTube channel in January of 2012, but didn't post a video until October of 2014. He kicked off his career with a series called Hardcore Minecraft followed by a Modded Minecraft series.

He is part of a group of wizards called The Contractors in the realm of Minecraft.

He is from the UK. He dated a girl named Kelsey.

He built CaptainSparklez's boat and the giant glass bottle that surrounds the boat.

James Hayes Is A Member Of