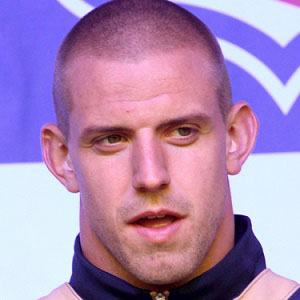 Linebacker who was drafted 35th overall by the the St. Louis Rams in 2009.

He was named to the NFL All-Rookie team, and named the Rams Rookie of the Year after his remarkable 2009 season.

He has a sister named Jessica, and a half brother named Joseph, Jr.

James Laurinaitis Is A Member Of