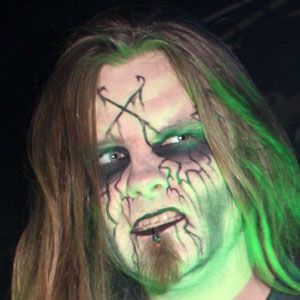 Former guitarist for extreme metal band Cradle of Filth from 2003 to 2005.

He grew up in Belgium and began learning guitar there.

He started his own band after leaving Cradle of Filth called Chaosanct.

His parents moved him to Belgium and back to England during his childhood.

James McIlroy Is A Member Of