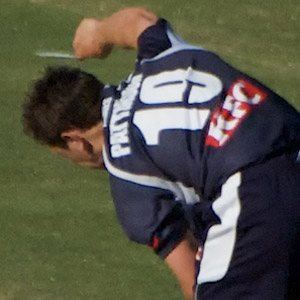 Fast-medium bowler who made his first class debut in 2008 for Victoria.

He represented Australia in the 2008 U-18 World Cup, and played junior cricket at Dandenong Cricket Club.

He made his international test debut on December 1, 2011, against New Zealand.

His brother, Darren Pattinson, played international cricket for England. He has been dating Kayla Dickson since 2012. They have a daughter named Lyla together.

He and teammate Shane Watson were removed from Australia's team in 2013 for disciplinary reasons.

James Pattinson Is A Member Of