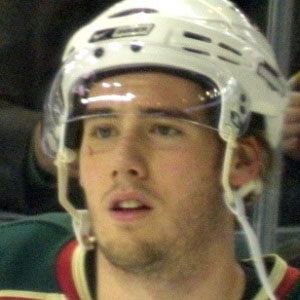 He grew up in the youth system of Hockey Nova Scotia and made his NHL debut with the Wild in 2007.

He fractured his patella in an ATV accident in 2010 and underwent knee surgery the next day. He was suspended by the Wild due to a "no ATV" clause in his contract.

He was born in Lower Sackville, Nova Scotia.

He lived with teammate Darby Hendrickson during his rookie year in Minnesota.

James Sheppard Is A Member Of