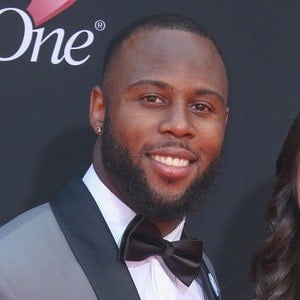 Pass-catching running back for the New England Patriots who helped propel the team to victory with a 3-touchdown effort in Super Bowl LI. He also won Super Bowls XLIX and LIII with the team.

He was a 4th round selection of the Patriots in the 2014 NFL Draft after playing college ball at the University of Wisconsin. He was the 2010 Big Ten Freshman of the Year.

He set a Super Bowl record with 14 receptions while totaling 139 yards (110 receiving). He added a two-point conversion to his 3 touchdown game. Super Bowl MVP Tom Brady believed that White was the one who truly deserved the Super Bowl MVP trophy.

He was born in Fort Lauderdale, Florida. He is related to both Santana and Sinorce Moss.