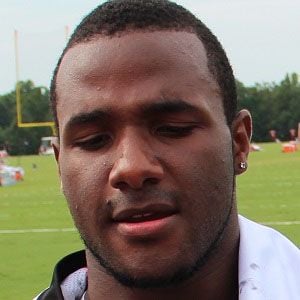 Running back was drafted in the second round by the Cincinnati Bengals in 2013, after an impressive career at North Carolina.

He earned his first All-ACC honors at the University of North Carolina in 2011.

He was the ACC Offensive Player of the Year and CFPA Punt Returner of the year in 2012.

He has an older brother, Yvenson, who played for Oregon State University.

He joined Andy Dalton on the Cincinnati Bengals' offense in 2013.

Giovani Bernard Is A Member Of