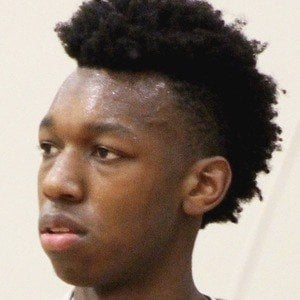 Center who played one year of college basketball at the University of Memphis before declaring for the NBA. He was selected second overall in the 2020 NBA Draft by the Golden State Warriors.

He played high school basketball at Memphis East High School. He was named the co-MVP of the 2019 Jordan Brand Classic.

He was named Gatorade National Basketball Player of the Year in 2019.

His mother's name is Donzaleigh Artis.

He was coached by former NBA All-Star Penny Hardaway at Memphis.

James Wiseman Is A Member Of