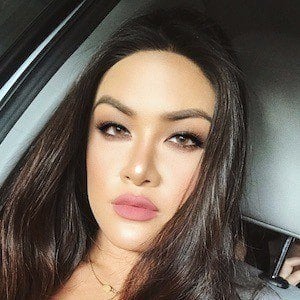 Pop singer who released her debut single titled "Good Girl" in 2017. Also an established blogger, she has been featured in places such as L'Oreal Hair, Maybelline, Revlon and in publications like Galore, Variety Magazine and Billboard.

She gained notoriety by posting a cover of Justin Bieber's song "One Time" to Facebook and YouTube. She then began recording her own music. She started posting to her blog in 2016, where she first explored her inspiration for her music.

In 2017 she became a GUESS girl. She has attended New York, Paris, and London Fashion Weeks for her endeavors in the beauty and fashion industry.

She was born and raised in Bangkok, Thailand.

Jamie Charoen Is A Member Of