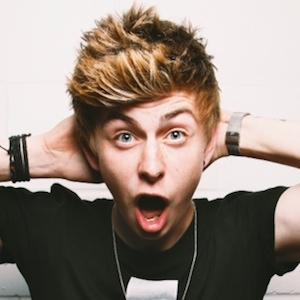 Cheeky internet comedian and musician who uploads videos to his YouTube channel ChipDaddyTV. His channel consist of vlogs, challenges, reactions, and singing. His song "Boy Racer" reached #2 on the iTunes charts.

He has toured the UK as a support act for Goldie Lookin' Chain. He has more than 110,000 subscribers.

He was born and raised in Devizes, Wiltshire, England. He is very close with his parents. He has posted photos to his Instagram of his niece.

He has also toured with Mazzi Maz and Sam Pepper.

Jamie Cottrell Is A Member Of