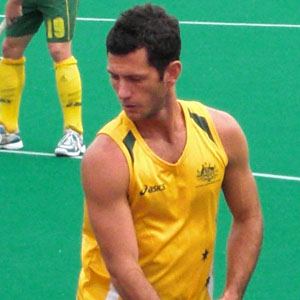 Field hockey player who won the World Hockey Player of the Year award six times from 2004 to 2011. In 2004, he won an Olympic gold medal representing Australia.

He began playing at the Australian Institute of Sport on scholarship in 1999.

He was named IHF World Player of the Year and captain of the World Team in 2007.

He has been teammates with his brother, Matthew Gohdes, on the Australian national team.

He and Rechelle Hawkes are both famous Australian field hockey players.

Jamie Dwyer Is A Member Of