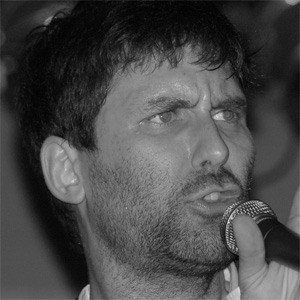 English-born soul, electronica, and funk musician and singer. During the late 1990s and early 2000s, he performed with a band called Super Collider.

One of his songs, "Multiply," was featured on an episode of Grey's Anatomy.

He married Lindsey Rome in 2012. The couple settled in Nashville, Tennessee.

He performed a 2009 cover of "Little Brother," a song by Ed Droste and Grizzly Bear.

Jamie Lidell Is A Member Of