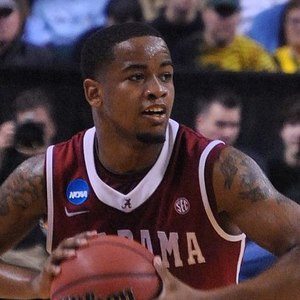 Undrafted NBA player out of the University of Alabama who rose through the ranks of the D-League to become a starting power forward for the Memphis Grizzlies for the first time in the 2016-2017 season.

He helped St. Jude Educational Institute win Class A State Championships in 2006 and 2008, earning the MVP honor in the 2006 tournament. He was a 2008 McDonald's All-American, 2008 Alabama Mr. Basketball and a 3-time Alabama Sportswriters Association "Player of the Year."

He spent time in the D-League with the Austin Toros and Austin Spurs, and also played a season in France with Chorale Roanne. He was briefly under contract with the San Antonio Spurs in 2014, 2015.

He was born in Montgomery, Alabama to parents Rita and Alonzo Green. He has a sister named Kemeche.

He and Marc Gasol were the two starting front court pieces for the Memphis Grizzlies in 2016-2017.

JaMychal Green Is A Member Of