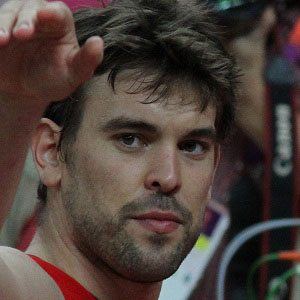 Spanish center who joined the Memphis Grizzlies in 2008 and received the NBA's Defensive Player of the Year award in 2013. He won an NBA Championship with the Toronto Raptors in 2019. He was part of Spain's Silver Medal-winning Olympic team in both 2008 and 2012.

He moved to the United States after his brother, Pau, was drafted, and he was named Memphis's Division 2 Mr. Basketball in 2003.

He was named to his first career NBA All-Star team in 2012.

He married Cristina Blesa in 2013 and he has a daughter named Julia. His older brother Pau Gasol was selected 3rd overall in the 2001 NBA Draft and became an NBA Champion with the Los Angeles Lakers.

He became teammates with point guard Mike Conley on the Grizzlies.

Marc Gasol Is A Member Of