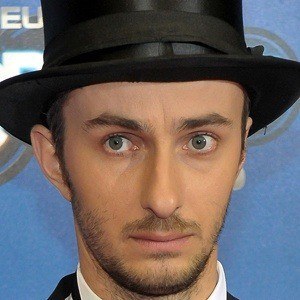 German television show host and satirist who is widely recognized for his work on the Neo Magazin program from 2013-2014. He is also known for having co-hosted the ZDFneo program Schulz & Böhmermann.

His career in broadcast began with Radio Bremen in 1999.

In 2016, he launched the Fest & Flauschig podcast on Spotify.

In late 2016, he wrote a controversial poem about Turkish president Recep Tayyip Erdoğan that landed him in some hot water.

Jan Bohmermann Is A Member Of