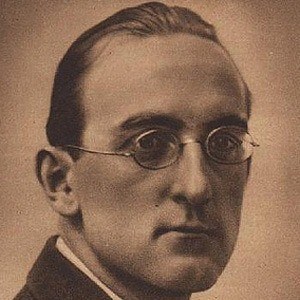 Polish poet, diplomat, literary critic, and founder of an experimental literary movement called Skamander. He received a Polish Book Award for a collection entitled Srebrne i czarne (Silver and Black).

He published his first poetry collection at age fourteen and later studied at Warsaw University.

He committed suicide by jumping from his twelfth floor window at New York's Hudson Hotel.

His birth name was Leszek Jozef Serafinowicz, and he was the son of Wladyslaw and Maria Serafinowicz.

He and Henryk Sienkiewicz were Polish authors who were active during the early twentieth century.

Jan Lechon Is A Member Of