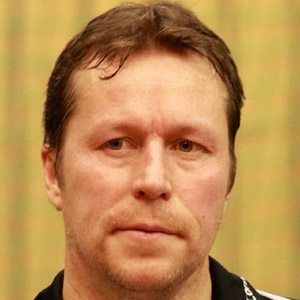 Table tennis legend who has won over a dozen Swedish titles in his career. He won a gold medal in the men's singles competition at the 1992 Olympic Games.

He reached the European Championship final when he was just sixteen years old.

He is one of very few table tennis players to achieve a career grand slam, which includes Olympic, World Championship, and World Cup gold medals.

He has a brother named Kjell-Ake.

He and Wang Hao are both Olympic gold medalists in table tennis.

Jan-ove Waldner Is A Member Of