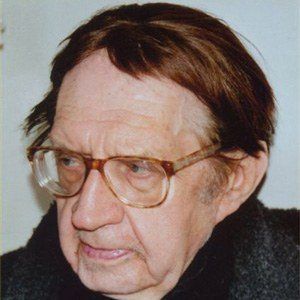 Polish poet and Catholic priest whose works include Wiersze (Verses) and Znaki ufnosci (Signs of Trust). He was the 1980 recipient of the PEN Club/ Robert Graves award for his literary achievements.

He studied literature and theology at the University of Warsaw. He established his tremendous literary reputation upon the 1960 publication of Znak Ufnosci, his debut poetry collection.

He was the son of Jan Twardowski and Aniela Konderska, and he and his family briefly relocated from Poland to Russia during World War I.

He and fellow Polish poet Anna Kamienska were literary contemporaries.

Jan Twardowski Is A Member Of