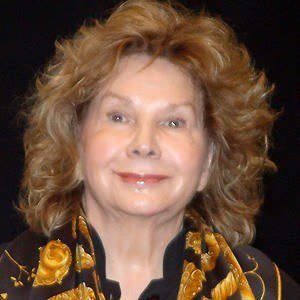 American comedy writer best known as the collaborator and life partner of Lily Tomlin. Her comedic works include The Search for Signs of Intelligent Life in the Universe and The Incredible Shrinking Woman.

At age seventeen, she moved from Tennessee to New York to start an acting career. She later accepted a touring contract with The Barter Theatre in Abingdon, Virginia.

Her 1969 CBS special earned her a Peabody Award and attracted the attention of Lily Tomlin.

She grew up in Morristown, Tennessee. Her relationship with Lily Tomlin was, from its inception, an open Hollywood secret.

She wrote the screenplay for Moment by Moment, a 1978 film that starred John Travolta.

Jane Wagner Is A Member Of