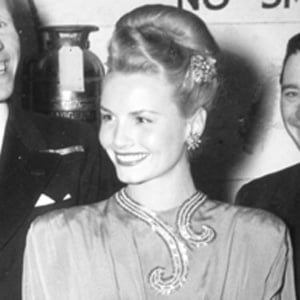 Popular actress of the 1940s and '50s who had a long run on Broadway, with several years of playing the lead role in Hollywood films.

She sang in the school choir in her teenage years, and from there went to play in her husband Hal Kemp's band in Hollywood.

An acclaimed stage actress, she played Nellie Forbush in South Pacific, making more than 1,200 performances in just over three years.

She was born Martha Janet Lafferty in Altoona, Pennsylvania. Her parents are of Irish descent.

Though rarely cast as a star herself, in 1946's The Fuller Brush Man, she showed her ability to outshine Hollywood's leading stars alongside Sid Caesar.

Janet Blair Is A Member Of