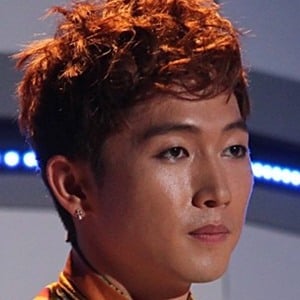 Pop music performer and rapper who rose to fame as a member of the South Korean boy band H.O.T. during the late 1990's. He went on to form the popular boy group JTL and founded the WH Entertainment talent agency.

He began his career as a dancer and was given the nickname Hammer Boy.

In 2011, he released a single titled "Weekend Night" as a solo artist.

He and Moon Hee-joon were both members of H.O.T.

Jang Woo-Hyuk Is A Member Of