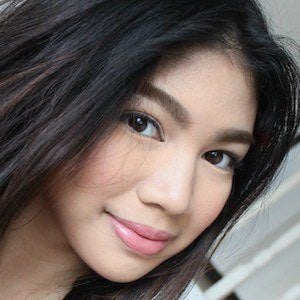 Popular YouTube beauty guru known for her self-titled channel where she has accumulated more than 700,000 subscribers posting vlogs, beauty tutorials, and tag videos. She also has an interest in political science and posted a video about martial law on her YouTube account.

She created her YouTube channel in March 2013 but didn't post the first video, titled "Philippine Beauty Haul," until January 2015.

Some of her most popular YouTube videos include "Room Tour (Philippines)" and "DIY Party Decor Ideas." She has gone to Ateneo de Manila University in the Philippines.

She has brothers named Nate, Joaquin, and Ryan.

In September 2015, she posted a photo on Instagram with Filipino actress Janella Salvador.

Janina Vela Punzalan Is A Member Of