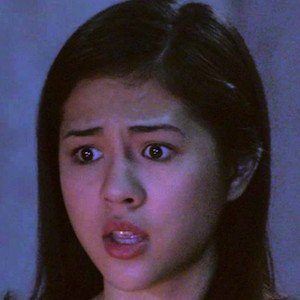 Known for her childhood and teenage roles in such Philippines-produced television series as Be Careful with My Heart (as Nikki) and Maalaala Mo Kaya (as Felynit), she was the 2014 recipient of two Guillermo Mendoza Memorial Scholarship Foundation Box-Office Entertainment Awards.

She began her career in 2013 after auditioning successfully for ABS-CBN's Star Magic talent development program.

She won a 2013 PMPC Star Award for her role as Nikki on Be Careful With My Heart.

She grew up in Cebu City, Philippines as the daughter of singers Juan Miguel Salvador and Jenine Desiderio.

Janella Salvador Is A Member Of

Be Careful With My Heart
22 Year Olds
TV Actresses
Aries