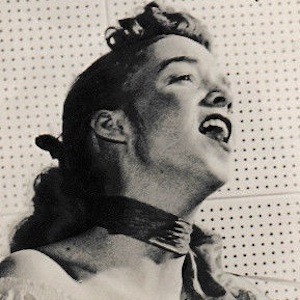 She was asked to play at the same show as Cowboy Copas and Sunshine Sue.

She was nicknamed the Female Elvis for her funky dance moves on stage.

Her mother was a stage mother, and her father and uncle were also musicians.

Her musical and dancing styles were compared to those of Elvis Presley.

Janis Martin Is A Member Of