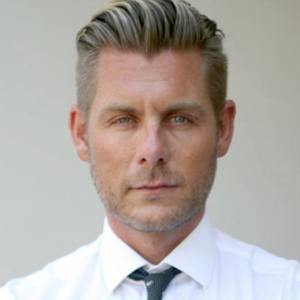 Entrepreneur who is known for being both the CEO and founder of the luxury jewelry and style brand Nialaya Jewelry in Los Angeles. Specializing in spiritual enlightenment and gems which bear significance, he shares styling photos and additional jewelry related content for his over 190,000 followers.

He attended business school in Copenhagen. He went on to found Nialaya Jewelry in 2009. His first collection was sold through a Beverly Hills boutique where it did well and led to the opening of his own brick and mortar store in 2010.

He was featured as a cast member on the reality series Euros of Hollywood during their Fall 2014 season on the Bravo network.

He was born and raised in Denmark and later settled in Hollywood.

Jannik Olander Is A Member Of