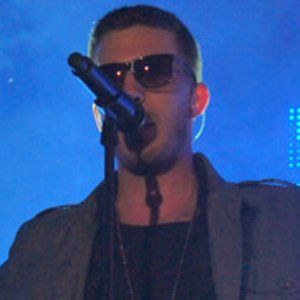 Rapper and singer best known as one half of the Danish pop-rap duo Nik & Jay, who became of Denmark's top-selling music groups. He and his bandmate Niclas Genckel Petersen are famous for chart-topping singles like "Kommer Igen!," "Mod Solnedgangen" and "Magisk."

He grew up in Vaerlose, Denmark and graduated from Aurehøj Gymnasium in 2000.

His mother's name is Lillian. He has younger brothers named Jesper, Nilas and Luki.

He was featured on the Burhan G song "Taettere På Himlen."

Jannik Thomsen Is A Member Of