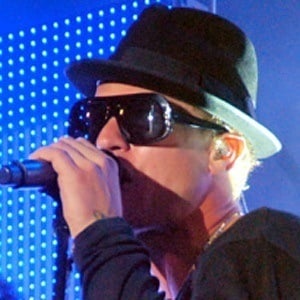 Rapper and singer best known as one half of the ultra-popular Danish pop-rap duo Nik & Jay. He and bandmate Jannik Thomsen have released such multiplatinum releases as Nik & Jay (2002),  3: Fresh, Fri, Fly (2006) and Engle Eller Daemoner (2011).

He attended Herlev Gymnasium and was a huge fan of bands like Nirvana growing up.

His band won the Audience Award at the Danish DeeJay Awards five times from 2003 to 2010.

He has children named Scarlett and Isadora with dancer Sofie Mai Søberg.

He was featured with Morten Breum on the Rune RK song ""Højere Vildere."

Niclas Genckel Petersen Is A Member Of